Maid of Honour/Matron of Honour: The bride’s honour attendant, the maid or matron of honour, typically helps the bride with the details of wedding planning, shopping for the wedding gown and choosing the bridesmaids’ dresses. She often takes the lead in throwing the bridal shower and bachelorette party and attends pre-wedding events such as the rehearsal dinner. On the wedding day, the MOH usually helps the bride get dressed and assists her throughout the day.

Best Man: The groom’s honour attendant is in charge of keeping the groom on time and on track. He is best known for leading the charge for the bachelor party and he should also be the point person for the rental and return of the groomsmen’s tuxedos. At the ceremony, he may process down the aisle with the maid of honour or maybe in charge of escorting an honoured guest, such as a grandmother, before he takes his place next to the groom at the altar. At the reception, the best man will usually make a toast, and he should help keep the party going smoothly.

Bridesmaids: As close friends of the bride, the bridesmaids help plan the bridal shower and bachelorette party and attend pre-wedding events such as the rehearsal dinner. Bridesmaids may be asked for help in duties such as addressing envelopes or assembling guests’ welcome baskets. On the wedding day, the bridesmaids may gather to get ready with and assist the bride before joining the processional down the aisle. The bridal party often gather together to get dressed and have their make-up and hairstyling. 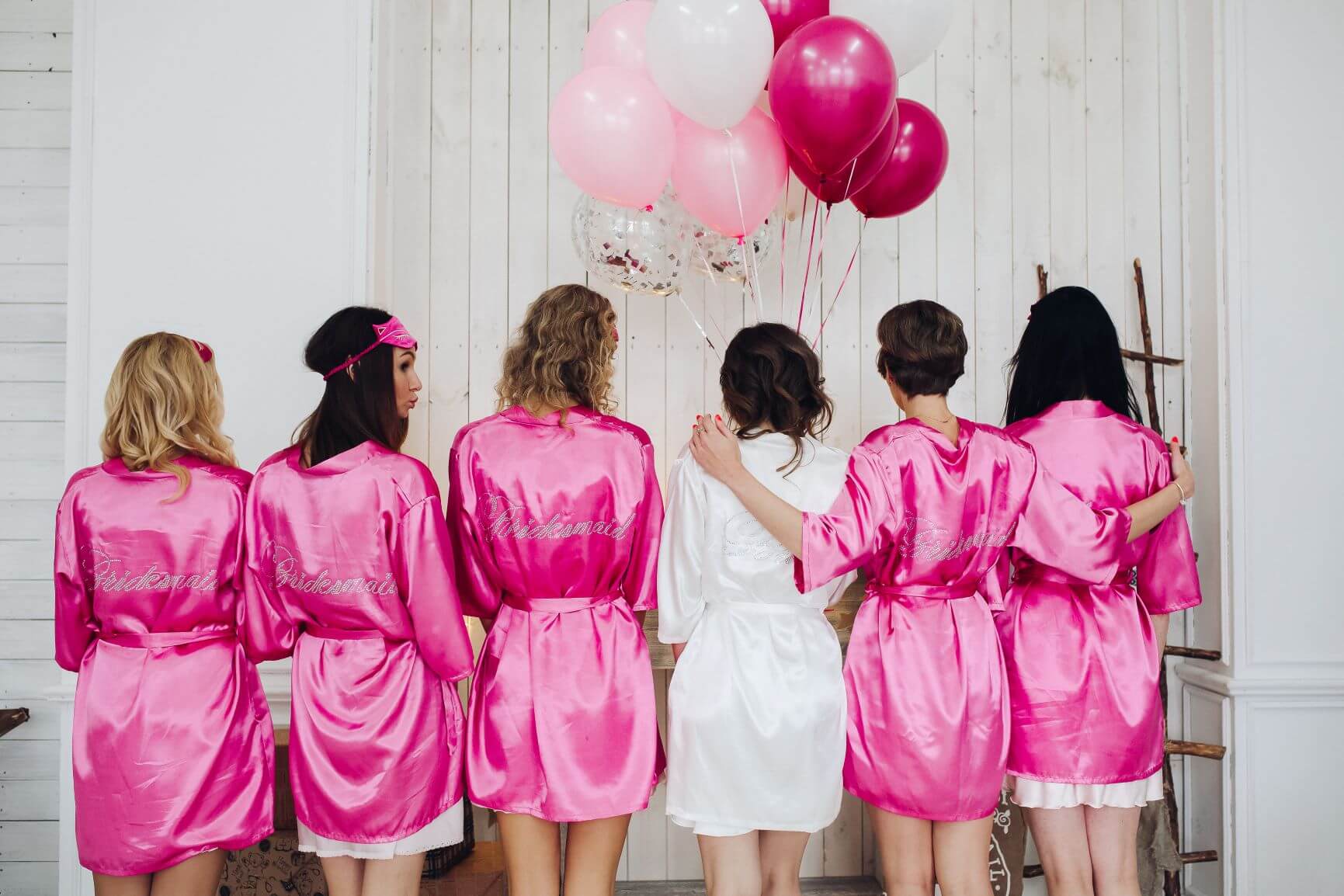 Groomsmen: The groom’s best pals rally around the groom to help plan his bachelor party, attend pre-wedding events such as the rehearsal dinner and stand up on the wedding day to show their support of the couple. The groomsmen typically escort the bridesmaids down the aisle in the processional, or they may enter separately. During the wedding, the groomsmen should dance with the bridesmaids and other female guests.

Ushers: In this position of honour, ushers escort guests into the ceremony. These attendants may be of either gender. Their role is to greet guests as they arrive at the ceremony, hand out programs and see that family and friends are directed to their appropriate seats (first pews for close family). Ushers should familiarize themselves with the location and may pass along any specific instructions for the bride and groom (such as photography restrictions). An usher should escort special guests, such as an elderly relative, to their seats, while other guests may only require brief direction. After the ceremony, ushers may help escort guests out of the venue. Groomsmen are often asked to work double duty as ushers; otherwise, those in the role of ushers may wear a special corsage or boutonniere to designate their position.

Flower Girl: This young member of the wedding party traditionally scatters the aisle with flower petals from a basket or carries a pomander (ball of flowers) during the processional. Involving children at the wedding party can be unpredictable, as even the most outgoing tot can suddenly turn shy when faced with a crowd. If she is very young, one option is to have a member of the wedding party or a parent pull her down the aisle in a small wagon or carry her. The flower girl often wears white to coordinate with the bride or may wear an age-appropriate dress that coordinates with the bridesmaids.

Ring Bearer: Often the counterpart to the flower girl, the ring bearer, usually a young boy, carries the bride and groom’s wedding rings, traditionally presented on a pillow. For a younger child, it may be wise to use fake rings as a prop and have the maid of honour or best man hold the actual rings. If the child is particularly young, a popular choice is to have him wheeled down the aisle in a wagon or carried by an older member of the wedding party or a parent. Depending on his age, the ring bearer may wear attire that coordinates with the groomsmen or an adorable suit just for the occasion.

Grandparents: The grandparents of the bride and groom are honoured guests, and are usually presented with a corsage or boutonniere to designate their position of honour. Grandparents may be escorted down the aisle just before the processional and may be asked to say a special blessing, prayer or toast during the ceremony or reception.

Officiant: The wedding officiant oversees the ceremony that he or she has planned in conjunction with the bride and groom. This may be a clergyman hired for the event or a close friend or family member. The officiant is the first person in the processional and takes his or her place at the altar as the rest of the bridal party enters. Especially if the couple has a relationship with the officiant, it is always a kind gesture to invite the officiant and his or her spouse to the reception.

Extras: Friends and family who do not fit into the above roles can play an important part in the wedding by reading a passage or poem at the ceremony, overseeing the guest book or contributing a talent such as singing or playing the organ. When inviting loved ones into these roles, the bride and groom communicate their wishes to involve these special people in their big day.

A Guide to Seasonal Flowers

A guide to wedding flowers

10 Transport Ideas For Arriving At Your Wedding In Style

A Groom’s Guide to Wedding Planning

Should You Hire A Wedding Videographer?

How to Choose Your Groomsmen