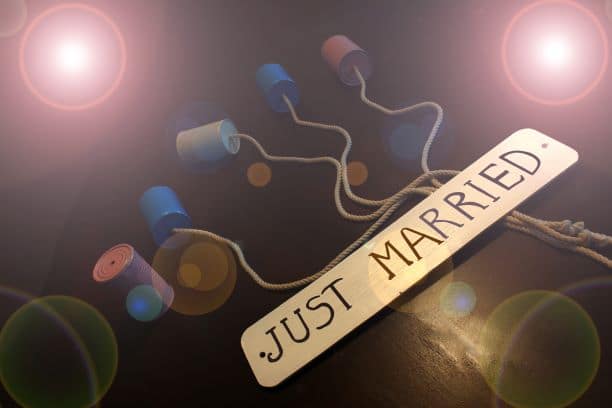 A wedding is an important day in the life of every individual. The bride and groom are excited to start a new life together, but there is a lot of hullabaloo surrounding their union. Every nation has its wedding rituals and traditions. Similarly, English wedding traditions have been heralded down from generation to generation. A traditional wedding in England happens after a relevant party puts forth the marriage proposal, and both parties accept it. Customarily, it is the responsibility of the man to propose to the woman.

Of course, the English wedding traditions have been modified with changes in lifestyle and progress of civilisation. For instance, previously from the sixteenth to the nineteenth century, it was customary for guardians or parents to arrange the marriages of their offspring. However, such customs went a dynamic change. Also, traditionally the best season for marriage was considered to be either Christmas or the harvest time. When planning the perfect wedding ceremony, it is important to keep some traditions in mind. However, modern may we become; traditions can never be supplanted totally from our daily lives. 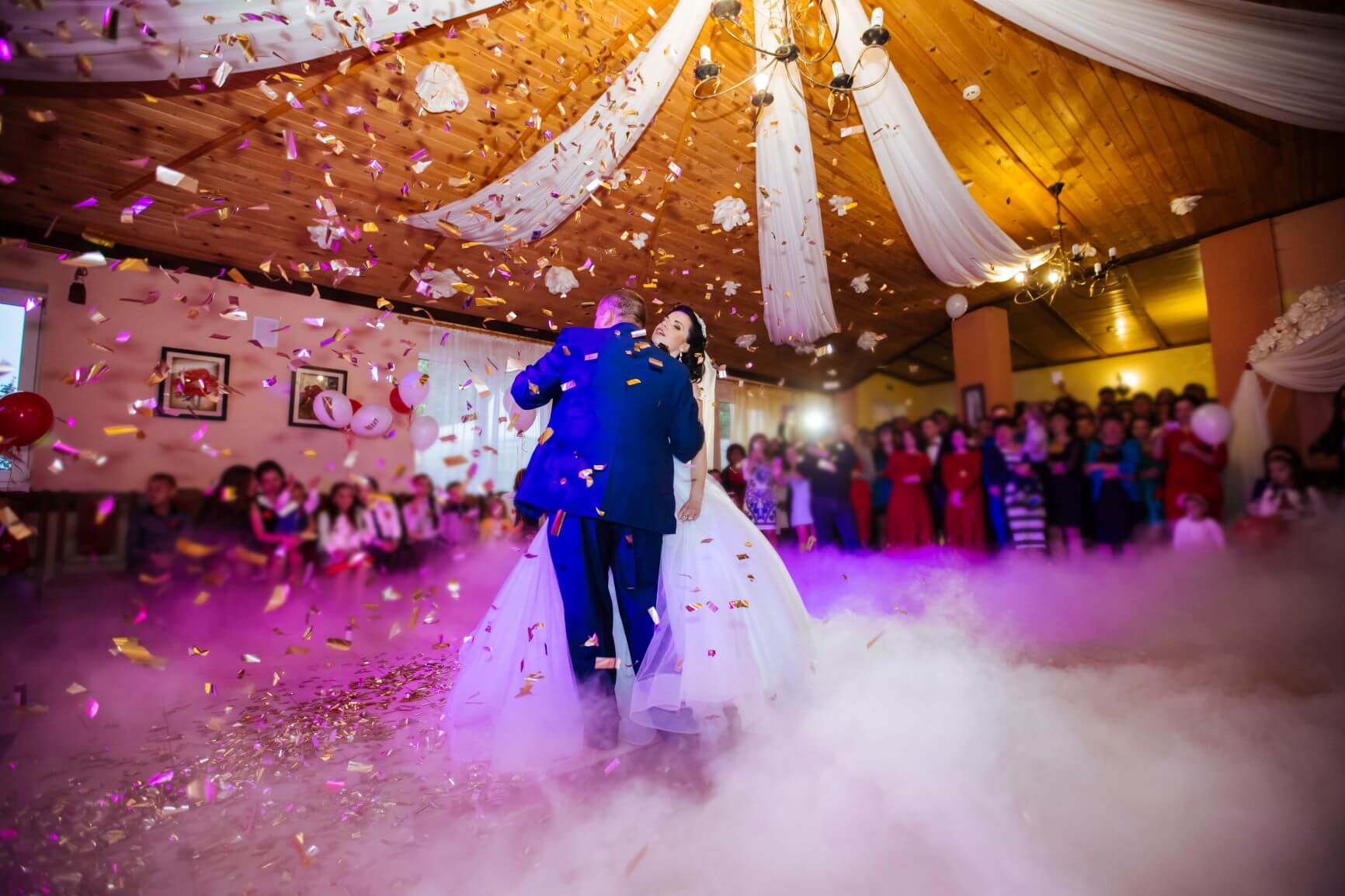 Some of the important customs and English wedding traditions have been listed below:

A traditional bride usually wears a white bridal gown on the wedding day. She is traditionally provided with one decorative horseshoe, which she has to ear around her wrist or finds it sewn to her dress’ hem. A real horseshoe was commonplace during older days but has been replaced by artificial ones at present. It is considered to be an item of good luck. The bride usually stands at the right side of her Father. Together they lead the procession, which is followed by pageboys and bridesmaids.

The traditional attire for the bridegroom is a dark tuxedo or suit. The look is completed with tails a top hat. It is usual for groomsmen and the best man to attend the groom.

As per old traditions, Bridesmaids serve the purpose of warding off malicious spirits. Thus, they are dressed in the same way as the bride. A bridesmaid is most commonly a young woman who is close kin or friend to the bride. The chief bridesmaid is also known as the maid of honour.

A flower girl participates in the wedding procession. She is usually a member of the groom’s or bride’s family. She often walks before the bride during the processional entrance. She might either spread the petals over the floor or carry thornless roses.

As the chief bridesmaid is important for the bride, the best man is also very important for the bridegroom. Usually, the best man is close to the groom, either a close friend or brother. Some of his crucial duties are assisting the bridegroom on the day of the wedding, ensuring the wedding rings’ safety, discharge the duty of being a legal witness to this union, and eventually raising a toast to the groom and the bride. 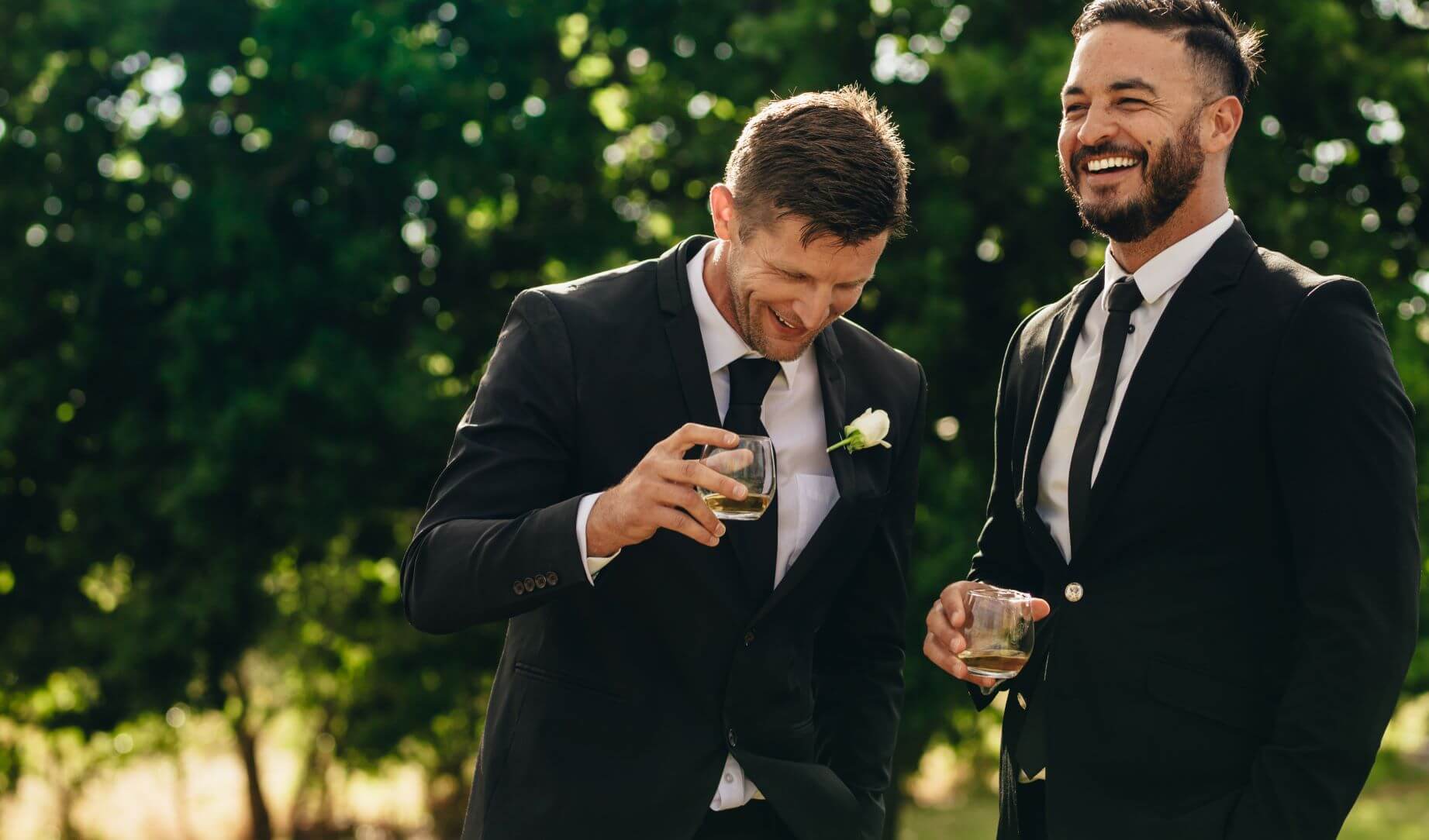 In the past, this dinner was a token of farewell to the bridegroom and usually hosted a week before the wedding day. It was generally paid for and organised by the bridegroom. Many slang names have been attached to this occasion and varies by country, including bucks’ night and bachelor party.

In a cotillion or wedding, one young male attendant is called a page boy. This traditional attendant is not a common sight at weddings off late. However, often a page boy can be found in British royal weddings.

This particular wedding tradition has retained its flavour around the centuries. It has its origins in the Roman transactional traditions of sealing with a kiss when illiteracy was widespread.

It is a rather old tale that the wedding cake is sliced, and eventually, the frosting gets smeared across the faces of the accumulated guests. There are various connotations to this particular cake smash ritual and vary according to the place of practice. For instance, in medieval England, it was common for the bride and groom to kiss over large bun piles that ushered in their wealthy future. However, with the inception of the modern era, this tradition too has transitioned vastly and now then tends to cut the cake jointly, feed each other a piece and then smear each other’s face with icing and cake.

The famous Victorian rhyme re-iterating the lines something old, new, borrowed, blue, and silver experience for the shoe is still adhered to in the current times. We can cite an example of following this tradition from the wedding day of Prince William and Kate Middleton. She had worn a Carrickmacross lace, diamond earrings, diamond tiara, ribbon sewn over her dress.

In English wedding traditions, it is popular to dispatch five almonds wrapped prettily and representing longevity, wealth, happiness, health, and fertility. In today’s times, it has been replaced by miniatures, lottery tickets, and CDs.

Traditionally, it was gauged who attended before sending the gift list. However, during present times, a gift card accompanies invitation cards.

It is customary to wear only the wedding rings and no other rings.

First, the bride enters. There is an introduction and welcome by the celebrant. Hymns follow. There are readings or poetry and sermons followed by a trial vow exchange, which is again followed by hymns and prayers. Eventually, the register is signed, and the final blessing occurs, followed by a marital kiss.

Therefore, it can be seen that arranging a wedding is a pretty arduous task and also time-consuming. One needs to be well-acquainted with the English wedding traditions borne down through generations to ensure that the sentiments of the elderly family members are not hurt. It is especially important for conservative English families. However, nowadays, families often flout many rituals and traditions and add a modern flavour to their weddings. But it could still be great to keep stock of all the English wedding traditions to ensure that none of it is missed amidst the frenzy and fervour of a wedding.

Father of the Bride: Role & Responsibilities

How To Have The Perfect Hair On Your Wedding Day

Unexpected Things to Add to Your Wedding Registry Gift List